Vertical stand and case for Kyria

One of the reasons I built my Kyria keyboard, which has two separate halves, was to allow me to tent the halves to a more comfortable angle for my hands. The keyboard has tripod mounts on the bottom of each side, and I tried using those for tenting, but I found that it wasn’t super stable with large amounts of tilt; I was shooting for nearly vertical. Eventually I decided to use a cardboard box and some velcro to solve my problems. 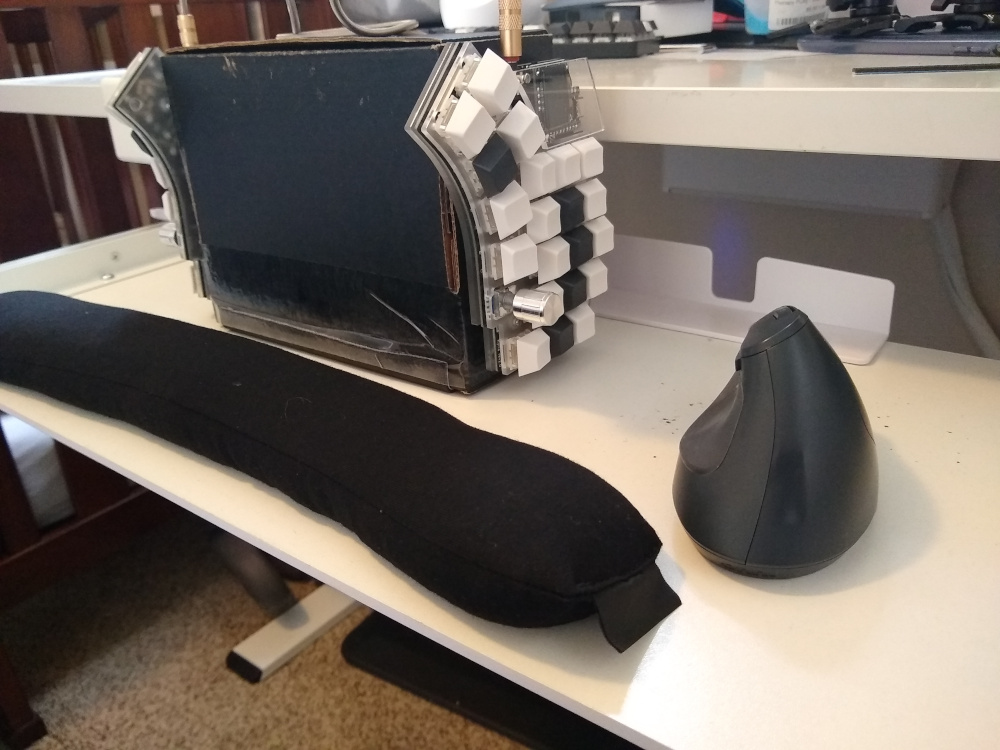 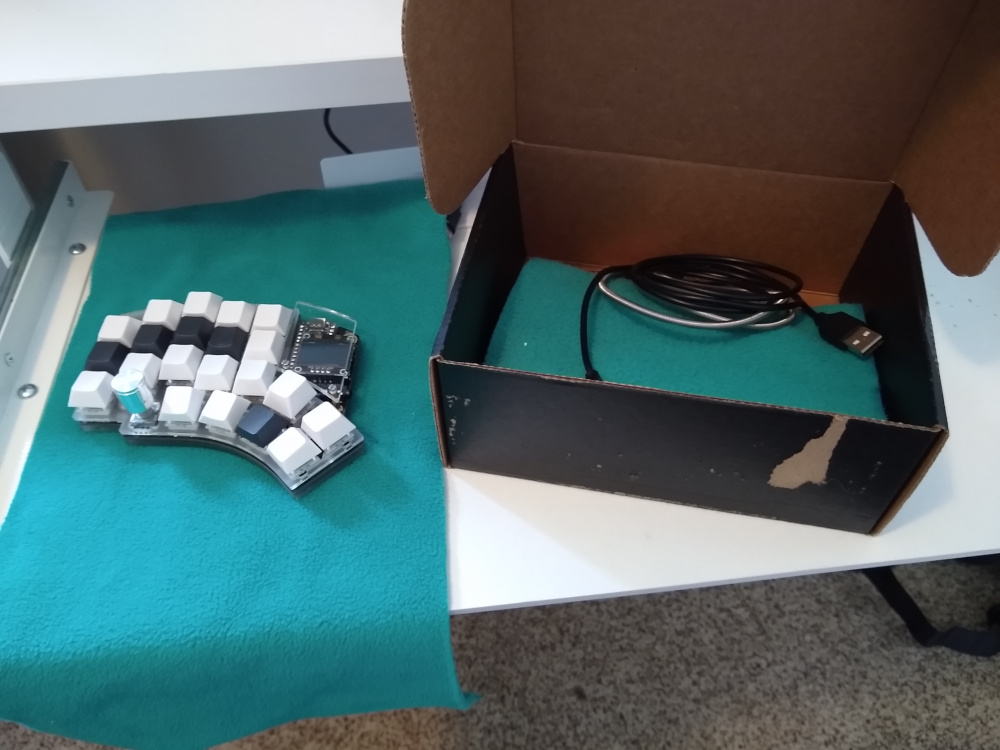 I used a rather sturdy box that I had left over from something I bought online. It was about the right size to separate the two keyboard halves a decent distance, and it happened to fit them inside as well, so I could use it as a case when transporting the keyboard. I bought some fancy low-profile velcro, attached one half to the keyboard and the other half to the box, and voilà! 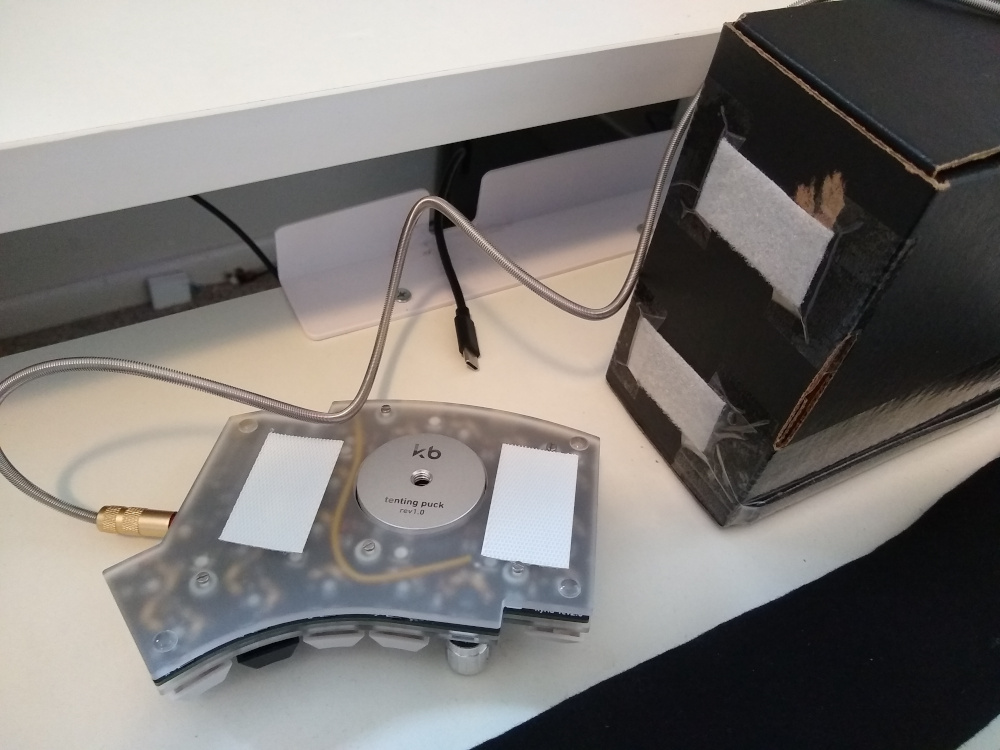 My contraption worked well for keeping the keyboard vertical, but the bottom of the box was too slippery against the desk, causing the whole thing to move side to side when I typed. I was about to just velcro it to the desk until I thought of a more portable solution – adding some sort of non-slip covering to the bottom of the box. I found an old mouse pad and taped it on, and the slipping problems were solved. 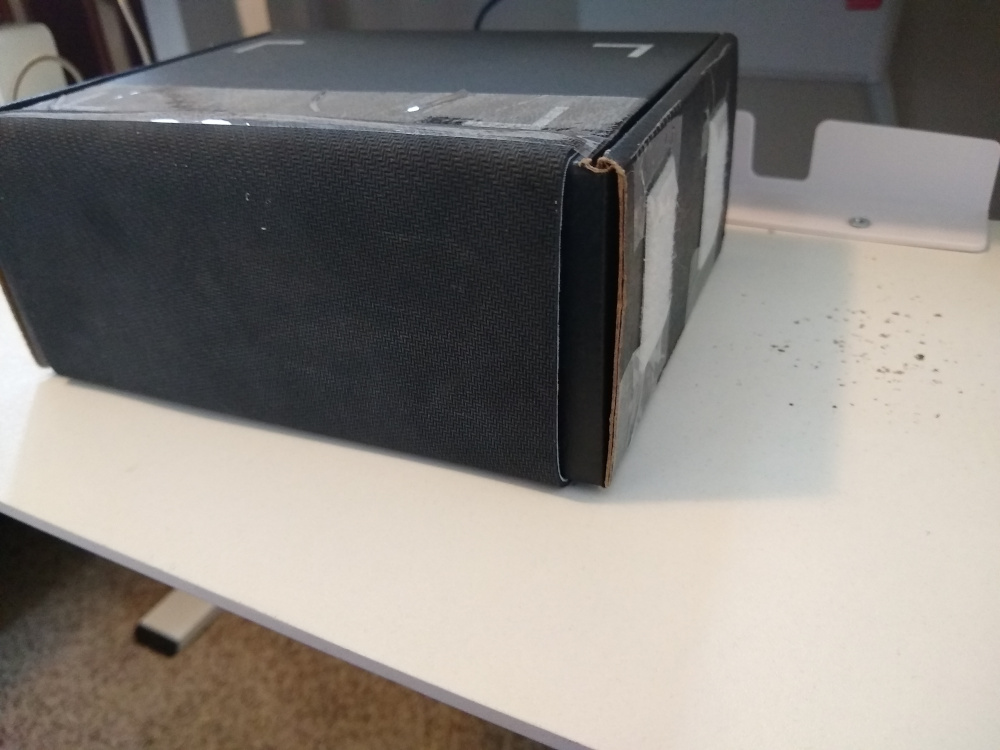 With everything ready, I started using my vertical keyboard.

A few weeks later, I’ve given this whole contraption another shot, and I’m liking it this time around! I’m not really sure what changed 🤷 I still think a ManuForm-style keyboard would be even better, but for now my makeshift vertical Kyria is working pretty well.